In honor of National Farmers Market week, August 1-7, Bonnie Powell asked farmers market enthusiasts to cook outside of our comfort zones (Ethicurean and Grist). It’s good to shake things up sometimes, so I thought I’d give it a few tries. This is part 1: tokyo turnips. Yeah, I know, turnips are pretty ho hum, a very common root vegetable. Plus: “Hey Marc, didn’t you hear that it is summertime? You know, tomatoes, basil, and other good stuff?” Sure, I admit that turnips are hardly exotic, but it was one of those weeks at the Berkeley Farmers Market where nothing much was unusual, and since I rarely buy turnips and almost buy ones with greens attached, it was a little bit outside my comfort zone.

It was tempting to do what the people in Shelbyville do with their turnips — turnip juice — but I was in a Mediterranean mood last weekend so I first turned to a memory of restaurant meals and then got some ideas from a reliable guide to the Middle East. 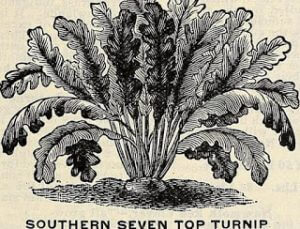 Quick Turnip Pickles
One of the things I love about certain Middle Eastern restaurants is the pickled turnips that accompany a meal, so I decided to make quick pickled turnips and carrots, adapting a recipe originally published in Gourmet Magazine in 1993 and currently living on Epicurious. I took major liberties with the recipe, using ginger powder instead of ginger root (ginger powder appears in a few Middle Eastern recipes that I make, while fresh ginger rarely does), substituting dill weed for dill seed, and leaving out the celery seed and red bell peppers. Although the ginger powder flavor was a little unpleasant, the pickles were good overall and quite easy to make.

I also wanted to use the greens, so I looked in a few books before finding a simple recipe in Mediterranean Grains and Greens by Paula Wolfert. It’s a simple dish from Galicia, Spain: steamed potatoes and turnip greens topped with a garlic- and paprika-infused vinaigrette. With good potatoes and good paprika, it can be a simple pleasure. I used a smoked sweet paprika that I recently bought at The Spanish Table to use in a salad dressing recipe from Food and Wine magazine (it was OK, a little sweet). An adapted recipe is shown below.

Ingredients
Boiling or roasting potatoes, such as Yukon Gold
Turnip greens
Salt
Oil, if you are roasting the potatoes
Adapted Galician Ajada Sauce (see below)

Method
Cut the potatoes in half if small, or quarters (or eighths) if large. You’re aiming for pieces that are roughly 1 1/2″ across.

Rinse the turnip greens, slice off tough stems, then broadly chop the greens.

Alternative Method 1: Roasted Potatoes
Cut the potatoes in half if small, or quarters (or eighths) if large, then toss with olive oil, salt and pepper. Place on a sheet pan and roast at 400 F until tender.

Steam the turnip greens until tender. Combine with the potatoes and toss with half of the sauce. Drizzle with the remaining sauce just before serving.

Alternative Method 2: Steamed Potatoes
Place the potatoes in a steamer basket and pile the turnip greens on top of the potatoes. Steam for 15 minutes, until the potatoes are done. Remove from the steamer and toss with half of the sauce. Drizzle with the remaining sauce just before serving.

Method
Heat the oil in a small pan over low heat, then fry the garlic until golden brown. Remove the garlic pieces. Turn off the heat and let the oil cool. Add the paprika, vinegar, salt and pepper and stir well.