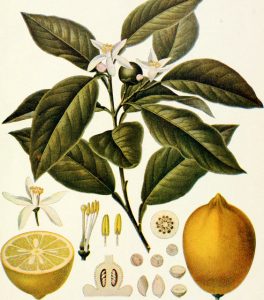 One of my favorite posts featured a set of chocolate chip cookie charts, which built on an idea from Megnut’s Mean Chocolate Chip Cookie post. For her “mean” post, Meg collected a bunch of chocolate chip cookie recipes, calculated the mean (average) for each ingredient to create a new recipes, and then baked cookies. Her result: “These cookies were pretty damn good!”

I didn’t bake the recipes, I charted them:  butter versus sugar, chocolate chips versus sugar,  and so forth. At that small scale, it was a fun project, but not exceptionally revealing. You probably can’t learn much from a dozen not-carefully chosen recipes.

Meyer lemon meringue pie is one of my favorite desserts, with its rich crust, tangy filling, and sweet and airy meringue. My go-to recipe is from Chez Panisse Desserts, a rather haphazardly written recipe*, but one that has resulted in delicious lemon curd over the years. For some reason, lemon meringue pie and the cookie charts recently collided in my thoughts, and my impulse was to collect recipes and make some charts. Food charts can be fun, and perhaps I’d also learn something about lemon curd. So I dug into cookbooks, cataloged the ingredients, processed the data, and built some charts, which I share below. But first, a little bit about curds, custards, and creams. 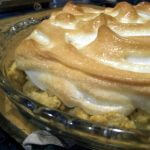 Lemon Curd Concepts, or the Science of Custard

Lemon curd is a type of custard, a group of cooked dishes in which egg proteins form a network that traps a relatively large amount of liquid, thus creating a tender (and fragile) food. The network building happens during heating: tightly folded egg proteins unfold as the temperature increases and will bind together once the egg reaches the coagulation temperature, which builds a stable structure. This is basically the same thing that happens when you fry an egg, but in a custard there is much more liquid — perhaps 7 times more than a plain cooked egg — so the protein network is not as firm or stable, hence the tenderness (and fragility) of a custard.

If we want to be precise about cooking terms, a lemon curd might not actually be a “custard,” but a “cream.” This is how Harold McGee defines the liquid-heavy egg dishes in his indispensable On Food and Cooking: a custard is a dish that is unstirred and sets into a solid gel (and often served in the same container as it is baked); a cream, on the other hand, is stirred continuously during cooking to make a thick but soft structure. Fruit curds (and pastry cream and creme anglaise) are in the cream category.

I collected 20 recipes from books, a magazine, and the web, and then did a little bit of processing. First, to make comparisons easier, I wanted to scale the recipes to a common point. Egg yolk seemed to make sense because they are a critical feature of lemon curd — all recipes have egg yolks. (Of course, one could use other essential ingredients like lemon juice or sugar as the normalizer. I also assumed that the zest of one lemon is 1 tablespoon/15 mL).  Second, I scaled each ingredient by its maximum quantity in any recipe to make the range between zero and one for every ingredient (e.g., lemon juice divided by maximum quantity of lemon juice), thus allowing a better look at the distribution of ingredients.

Using the Tableau Public tool, I created a story about lemon curd recipes with four charts. You can step through them below by clicking on the grey boxes above the chart.

The second chart shows the quantity of corn starch in each recipe.  It’s clear that there are two classes of lemon curd: with starch and without starch. And there is a good reason for this, which I’ll discuss in the next section.

The third chart plots cornstarch versus sugar.  For the cornstarch-containing recipes, with cornstarch and sugar have a linear relationship:  change one and you change the other. There might be a scientific reason for this, or perhaps the additional sugar is because cornstarch has a flavor-dulling effect that additional sweetness counteracts. There is a linear relationship between cornstarch and lemon juice, but it isn’t as strong (and 7 of the recipes have 2 tablespoons/29 mL of lemon juice per yolk — an average lemon has about 3 tablespoons of juice).

The final chart shows lemon juice and sugar. Not surprisingly, there is a positive linear relationship: more juice leads to more sugar, and vice versa.  The outlier here is the King Arthur recipe, a curd designed to be made in the microwave, a factor that probably has an significant effect on the recipe design (the recipe has the most lemon juice, egg whites, sugar and butter of any recipe, on a per-yolk basis.

This is a small sample of recipes — a much larger scale project was undertaken at Harvard.  I took look at their work at the bottom of my post about the chocolate chip cookie charts.

So what explains the cornstarch / no-cornstarch split?  The answer is probably stability.  As I was reading about custards in On Food and Cooking, McGee mentioned the use of starches in custards, calling them “curdling insurance.”  Conveniently, starch molecules gel near the coagulation temperature of egg proteins. At these temperatures, starch granules absorb water, expand, and then the starch molecules move into the liquid. These molecules get in the way of the proteins that want to coagulate, and also absorb heat. However, the starch (~1 tbsp flour or 2 tsp cornstarch per cup of liquid) can attenuate flavors and turn an elegant preparation (creamy and smooth) into one that is unsuitably hearty (coarse and thick).

But that might be a necessary trade-off, as some cream fillings like banana cream need to hold their shape — think of a thick slice of banana cream pie — and therefore a good dose of flour or cornstarch is added. If properly prepared, the cream will be stable and self-supporting. (Note the word “properly” in that sentence: it turns out that egg yolks contain an enzyme called amylase that digests starches, and if left active would cause a cream to wilt and dissolve. To deactivate the enzyme, it is necessary to boil the cream during preparation.)

The non-starch recipes, like the one in Chez Panisse Desserts, are probably not intended to be a towering pie slice, like you’d see in a Wayne Thiebaud painting (like this etching of a slice of pie). They might be intended to fill a shallow tart shell or spread on scones at breakfast or tea time.

With all of this in mind, I think the term “lemon curd” covers too much ground, and recipes should be classified as curds (the non-starch versions) or pie fillings (the starch versions).  Perhaps someday I’ll go back and take another look at the context of recipes in their cookbooks.

Notes
* The Chez Panisse Desserts recipe has several annoying features, with the most galling being 1/2 salted butter and 1/2 unsalted butter. Why not unsalted butter plus a quantity of salt? It also calls for the juice and zest of 2 lemons instead of a quantity of juice and zest.
** You might notice some discontinuities in the symbols in the chart. These are remnants of the box and whiskers chart that I hacked to show the ingredient distribution. Perhaps there is a better way in Tableau Public

Image Credits
Lemon illustration from “The Lemon,” by Albert Schneider, in Birds and All Nature, January 1899 (Nature Study Publishing Company, Chicago), via the Internet Archive on Flickr Commons, public domain.  Photo of lemon meringue pie by the author.