During World War One, Some New York Menus Carried a Food Conservation Message 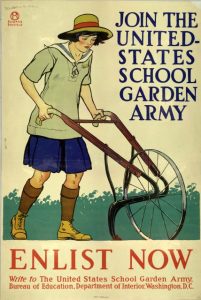 Reducing food consumption on the homefront was a major initiative of the U.S. government during the First World War, even before U.S. troops were fighting “Over There.” The U.S. Food Administration (run by future president Herbert Hoover) spearheaded the effort with promotional posters, outreach to restaurants, public education efforts, encouragement of gardens, and more. Some examples that I covered on this blog include civilian-produced cookbooks, my version of a “war bread,” and a “Conservation Luncheon” that featured whale meat.

Inspired by a flawed post at Quartz (no links to images!) about some exciting images in the New York Public Library Digital Collection, I started searching in the collection for the item about WWI food conservation (It was not easy because the post didn’t have a link.  How could you not include a link in an on-line only publication?).  As I searched, I found many other menus from 1917 and 1918 with conservation messages, and eventually stumbled upon the one I was looking for. The menus are part of the amazing Buttolph Collection of Menus, which has thousands of digitized menus and useful search tools.

Menus Carry the Conservation Message
The item in the flawed Quartz post that I sought was a menu from the Waldorf-Astoria restaurant with a bold conservation message that consumed the entire first page of their menu (note: this assumes that the order of the images in the NYPL collection corresponds to the order in the menu). The “Suggestions to Guests” include “eat plenty,” “eat wisely,” “but do not waste,” “eat less beef, pork, veal, mutton and miscellaneous fried dishes,” “eat less sugar…,” “eat more chicken, guinea hen, squabs, … lobster, … and other sea foods.”  From a cursory look at the specials and full menu, it appears that they are practicing what they preach, with little beef or pork on the menu.

Some noteworthy items on that day’s menu include a whole mallard duck ($4.00), a shorebird called a plover ($1.25), something called a “Philadelphia pullet” (one-half for $1.75), and three instances of celery on the menu: a celery appetizer, “celery knobs with gravy” (Cooked? What kind of gravy?) and a celery salad. Before you get too excited about the low prices (Wow! Just $1.75 for a half-chicken!), keep in mind that a dollar in 1917 went about as far as $18.52 in 2015 (BLS Inflation Calculator), so the $1.75 half-Philadelphia pullet in 1917 dollars would be about $32 in 2015 dollars, the $4 duck about $74 (If you can even find one:  where does one find mallard duck on a restaurant menu these days?).  For what it’s worth, a oven roasted half-chicken with carmelized pearl onions and black truffle sauce at the Bull and Bear Steakhouse in New York’s Waldorf-Astoria was $36 when I checked on January 24, 2016.

The next image is a 1917 menu from Delmonicos, one of New York City’s early palaces of fine dining.  They are less overt with their pledge to conserve, placing a note along the side in red text that reads “To further the cause of food conservation, meatless Tuesdays and wheatless Wednesdays will be strictly observed at Delmonicos.”  It’s important to note that “meat” had a narrower definition in those days, referring only to beef, mutton, and pork. Poultry, rabbit and fish were not considered to be meat and were often touted as good alternatives. A poster from the Food Administration explains the goals in great detail.

Much of the Delmonicos menu is a mystery to me because it is primarily in French and because many the dishes have disappeared from common use.  Some of the more interesting offerings include more celery on the menu (celery hors d’oeuvers, celery salad), a whole mallard duck from Lake Delaware ($4.50), succotash nouveaux, clam broth, and consomme (a dish that has almost completely disappeared from restaurant menus — or has been replaced in recent years by “bone broth” — but is still sold in a can by Campbell’s).  If you run the inflation adjustment from 1917 to 2015, the $2.50 roast chicken for two is roughly equivalent to $46 and the duck is a pricey $83.

The first page of the menu at the Biltmore Hotel’s restaurant proclaims their devotion to the goals of the United States Food Administration.  Their devotion continues on the next two pages, and it’s not until the last page will you find the food offerings.  Their offerings are less aligned with conservation goals than were the Waldorf-Astoria’s, with a few dishes featuring meat, like prime rib, sirloin steak, and Virginia ham.

And of course they have celery — celery relish and braised celery — and offer game meats like mallard duck, venison, and golden plover.

The January 2, 1918 dinner menu for Healy’s Forty-second Street Restaurant has a “Wheat Conservation Day” note at the top of the page.

I’m not sure what they meant by wheat conservation day, since the conservation day menu and the menu for the following day look nearly identical (see below). Perhaps their printer couldn’t handle more changes than a the conservation note at the top of the menu, and the restaurant participated in conservation by not preparing wheat-intensive dishes — if a customer asked for a wheat-heavy dish like spaghetti or macaroni, they would be told to order something else. Or perhaps the restaurant is reminding their customers to conserve wheat everywhere else that day (a bit late in the day for such a message…).

Some notable items on the menu:  celery relish; “special Indian curries” including curried crab meat with rice, and curried lobster; “Bahar- Milliktani (Curry and Rice)” soup (= mulligatawny soup? That was a popular item in those days); a “half stuffed Phila. chicken” (that Philadelphia chicken again).

Healy’s Forty-second Street Restaurant must have been a special place for Ms. Buttolph and her collecting team, as there are several hundred Healy’s menus in the collection. Every one I have looked at is from 1917 or 1918, so perhaps Ms. Buttolph walked by the restaurant every day during those years and grabbed one for the collection.

The Pennsylvania Railroad restaurant car breakfast menu had a note near the top: “Co-operating with the United States Food Administration, no portion containing Meat will be served on Tuesdays.” And so they offer no sausage, no bacon, no ham, no corned beef hash.  The non-meat offerings (using meat word in a 1918 sense) include codfish cakes, fried perch, a half chicken, and fried oysters.

I barely scratched the surface of WWI-era menus at the NYPL (there are more than 1500 from 1916-1918, though many are from Healy’s), but it’s clear from the examples above that the Food Administration was successful at spreading the message, reaching lofty venues like Delmonicos and more every-day places like Healy’s and the Pennsylvania Railroad.