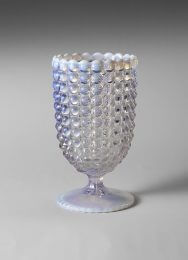 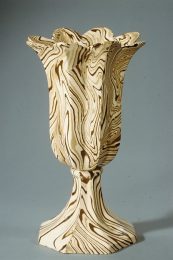 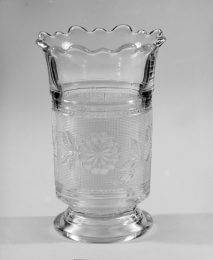 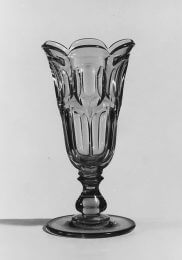 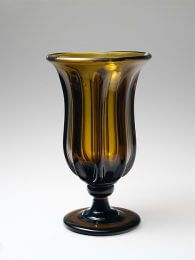 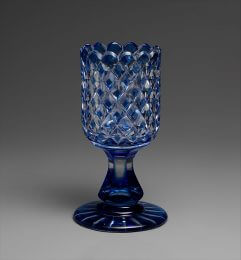 When I typed “celery” into the CC Search box to search a few museums’ public domain collections to illustrate my previous post on celery on restaurant menus, I was expecting one or two results, perhaps a still life. And so I was surprised when the search returned a bunch of objects called “celery vases” from the Metropolitan Museum of Art. It turns out that “celery vases” were a thing. And some of them are attractive works in glass or ceramic.

Celery was a popular vegetable in the 1800s and early 1900s — often served as an appetizer with other raw or pickled vegetables. And so the artisans of the era created appropriate dishes to hold the crisp green stalks. (I wonder: are potters and glass makers working feverishly on the ideal plates for avocado toast or bowls for kale salad?)

What are Celery Vases?

I asked myself this question immediately after I found them on CC Search. And when I asked the internet, I found what I was looking for in two posts:  What is a Celery Vase? (from Hunker) and Celery at the Dining Table (from At Home in the Nineteenth Century). My summary below draws from the posts.

The choice of a vase instead of a platter was intentional:  if the celery was served with the leaves attached, it had a decorative effect, like a floral centerpiece;  the vase could be filled with cool water to keep the celery crisp during the meal; and it took up less space on a crowded table.  The annotated image below from an 1859 magazine gives one writer’s opinion about the proper place for celery.  In some households, they probably even had two celery vases to improve the table setting’s symmetry. (That celery is one of the few specifically named items on the table highlights its popularity in those years.)  In the late 19th century, celery service preferences shifted towards flat bowls and production of celery vases decreased.

Update, 7/3/21. Via the MondoMascots Twitter account, I learned that the village of Hara in Nagano, Japan has a “sentient celery” as its mascot with the name “Celerin.” A sweet cake that can be purchased in Hara is made in the the village’s mascot. The filling is based on white bean paste and walnut caramel, with celery used as a flavor accent (from dried celery leaves). Although I am not a fan of celery, I’d love to try this treat.

“Method of Setting out a Table in America” from Godey’s magazine, volume 58, 1859. Full text from Hathi Trust.