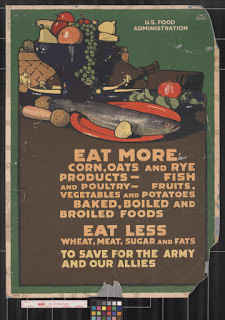 I have been baking bread for a long time, but never with a great amount of intensity (though during one period in the 90s I was baking frequently and had a personal “bread museum” that chronicled my efforts).

In the early years, general cookbooks like The New Laurel’s Kitchen were my teacher, but their basic bread recipes resulted in a lot of brickish loaves. During the “bread museum” period,  I made major progress by following the recipes and techniques in Baking with Julia, which taught me about multi-day breads and how to create a good crust.  I have been enchanted by the spell of sourdough a few times, but the cost/benefit ratio was unfavorable so I gave it up. Lately, I have been most interested in part-whole grain breads that rely on commercial yeast:  I find that the all-white loaves that I bake are a bit dull and a decent amount of whole grain makes it more interesting.

Even with the simpler approach, I still enjoy tinkering with the recipe, trying small tweaks to improve the result. Over the last year or so, I have been tinkering with my “war bread” — a.k.a. the oatmeal bread that was originally published in Deborah Madison’s Vegetarian Cooking for Everyone. The recipe makes an OK loaf, but one that is a bit too crumbly and dense for my taste.  Attempting to correct these shortcomings, I made three tweaks to the recipe: a poolish, a soaker, and a late addition of the salt.

The first tweak was adding a pre-ferment (in this case, a “poolish”), something I picked up from Emily Buehler’s Bread Science book. A poolish is a mixture of flour, water and yeast that is mixed many hours before the actual fermentation (i.e., rising), hence the “pre” prefix. As the poolish rests, good things happen:  the flour starts to hydrate, flavor-producing fermentation begins, gluten starts to develop (even as the poolish sits still), enzymes called proteases start breaking down the proteins in the flour, and the acidity level increases (this makes mixing easier). More details on these effects are in the Preferments chapter in Bread Science, which also lays out Buehler’s method of adapting existing bread recipes to incorporate a pre-ferment.

The second tweak is a “soaker” for the whole grain flour, which I learned from one of America’s Test Kitchen bread recipes (I think they got the idea from Peter Reinhart’s Whole Grain Breads : New Techniques, Extraordinary Flavor*, who probably got the idea from someone else). A soaker is a mixture of whole grains, whole grain flour, water, and sometimes salt that is mixed many hours before the dough is prepared (I’ve seen a range of 8-72 hours). It has several purposes, with two of the most important ones being hydration and enzyme activity. Whole grains are trouble for bread because the bran and germ can slice through gluten strands during mixing; a long soak gives water enough time to dull some of the sharp edges. The long soak also initiates enzymatic activity on the flour, which releases sugars and flavors from the whole grain.

The third tweak is a late addition of the salt, something I first learned from Nancy Silverton’s Breads from the La Brea Bakery back when I was excited about sourdough baking. After mixing the dough and kneading by hand for 5 to 7 minutes, she suggests “Autolyze: A Moment of Rest,” where the dough rests for 20 minutes before the salt is added and the kneading is completed. It allows the flour to absorb water and the proteins to relax, which makes the dough easier to handle, helps develop a more porous interior, and improves the crumb color. 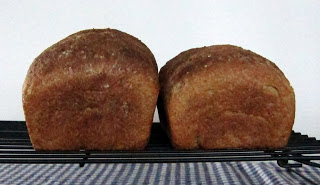 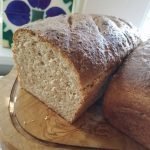 A hearty bread that includes plenty of whole wheat flour, rolled oats, and oat bran. It takes some advance preparation, so be sure to look at the instructions.

Make the soaker (12-24 hours before mixing the dough)

Make the poolish (12-24 hours before mixing the dough)

De-chill the soaker (2 hours before mixing the dough)

A Basic Overview of the Recipe

Adapted from Vegetarian Cooking for Everyone, by Deborah Madison, with help from Bread Science by Emily Buehler, Peter Reinhart's Whole Grain Breads by Peter Reinhart, and Breads from La Brea Bakery by Nancy Silverton

Note
* To clarify the role of the soaker I checked out Reinhart’s book from the library. The book a revelation and might need to enter my cookbook collection sometime this year. I discovered that Reinhart’s treatment of the pre-ferment and soaker are quite different than mine.  The pre-ferment in the “Transitional Whole Wheat Sandwich Loaf” (a loaf with some white flour and some whole wheat flour) has two major differences: 1) a ratio of 62-75 parts water to 100 parts flour by weight (62% to 75% hydration), while mine has equal weights and 2) it is aged in the refrigerator. The soaker has two major differences: 1) A little bit of salt to moderate the enzymatic activity, 2) it ages at room temperature for 8-24 hours before mixing (or in the refrigerator for 24-72 hours). I tried the master recipe twice, once with yogurt in the soaker (recommended by the recipe) and once with water in the soaker (not recommended).  Both of the 100% whole wheat loaves turned out well, but I thought the yogurt-soaker bread was a bit too sour.  The water-soaker version was a great success, undoubtedly my best ever 100% whole wheat bread.