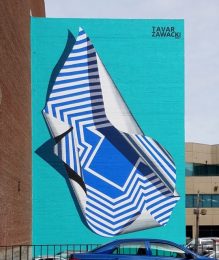 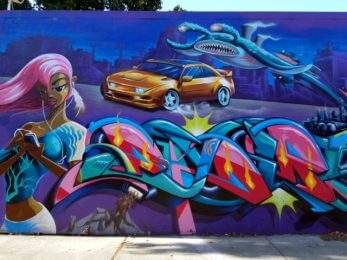 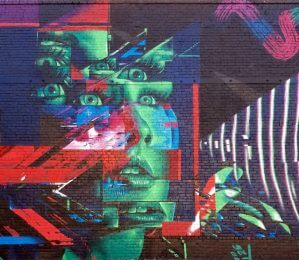 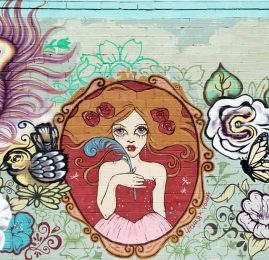 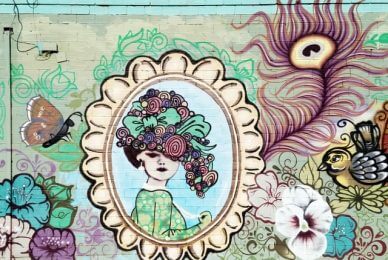 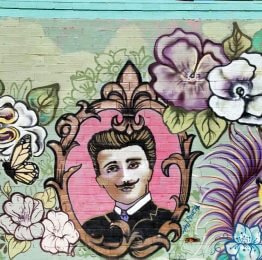 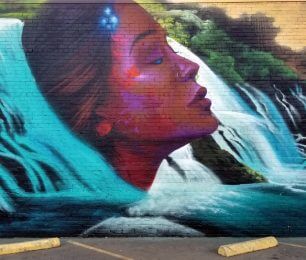 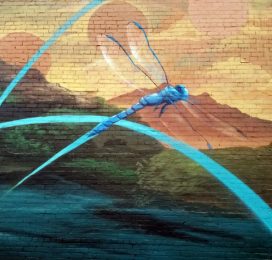 (Disclosure: I received a discount on the International Food Blogger Conference (IFBC) registration fee in exchange for writing three posts about my experiences at the conference.)

It was a long hot drive to Sacramento for the International Food Blogger Conference (IFBC) — a searing 95 F and increasing traffic intensity as I reached the city’s outskirts. Construction and some one-way street problems increased my irritation.  And so, once I everything was loaded into my hotel room, I was ready for some fresh air.  By that time, temperatures had started to drop, so the scorching day had turned into a pleasantly warm evening (something rare for a Bay Area resident like me, where we start piling on the layers as the fog rolls in at the end of the day).

Central Sacramento is a nice place to walk, thanks to an orderly street grid, low levels of traffic noise, and a mostly pleasant vibe.  On this visit I discovered that it offers much more to the aimless ambler: murals — murals covering multi-story buildings, murals under parking lots, murals in alleys.  Sacramento is becoming a city of murals and they offer the observant explorer new visual delights all over the city.

Many of Sacramento’s new murals are the result of the Sacramento Mural Festival (a multi-year event) and the new Wide Open Walls festival. The festivals connect blank walls with artists from around the world, bring art to everyone, allow residents and visitors to watch the murals being created and beautify the city. Murals are not considered to be ‘permanent’ art and the building owners that hosted the new installations retain the right to paint over them at any time, so if you really love anything in my photo gallery, don’t delay too long (in an interview on Capital Public Radio, the founder of the Wide Open Walls says that some wall owners are considering repainting the walls every other year).

Nathaniel Miller of the Sacramento Bee seems to be the city’s top cataloger of the city’s murals and has created a superb comprehensive map of Sacramento murals (also find him as journalistnate on Instagram for his archive of photos and latest finds). While in Sacramento, I used Miller’s map to learn more about the murals I saw and to plan a walk for the last morning (that’s how I found the fantastic 100+ foot Maverique Style House mural shown above).

My gallery is the tip of the iceberg for Sacramento murals. There are hundreds throughout the city that can be viewed on-line using the map tool or on other internet sites. Of course, they are best viewed in person where you can fully appreciate the accomplishment and experience the art as the artist intended, so if you find yourself in Sacramento, use the map to set up your own personal tour, or simply ramble around with eyes wide open for walls of art.

(Larger versions of the photos in this post can be found in my Flickr Murals and Street Art album.)

Mural locations and creators (Ideally in the order of the photo gallery, left to right, top to bottom. Information is also in the caption.):