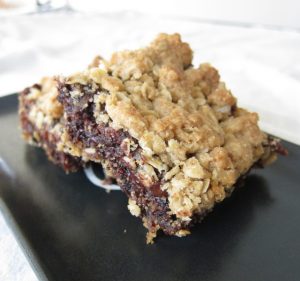 At the 2016 International Food Blogger Conference, a sample from the California Fig Advisory Board reminded me of an X File. Not the famous X-Files TV show, but something far less mysterious and far more delicious.

The X file that I remembered is about an X-shaped cookie for which I have a file on my computer. It’s a file about a rich dough with plenty of butter and eggs, and a paste of figs, dark rum, chocolate, and cinnamon.

Quite a few years ago, I used the X file to make these cookies for Prune Blogging Thursday (a brainstorm of David Lebovitz), replacing the figs with prunes, ending up with my contribution of Giving Prunes Some X Appeal.

Here’s the backstory on these X cookies:  One of Julia Child’s last big TV projects was Baking with Julia, an epic series covering all aspects of baking — savory and sweet, simple and complicated, elegant and rustic. The bakers who joined Julia were at the top of their fields[*] and the companion cookbook was written by baking legend Dorie Greenspan (and had many recipes that weren’t on the TV program).  While browsing the cookbook, a recipe from Nick Malgieri caught my attention:  “X Cookies,” a classic Sicilian cookie made from a rich dough filled with a fig paste, then rolled, cut and formed into Xs (it’s quite a clever technique, something that could be carried over to other doughs and fillings). 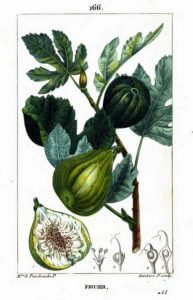 Since I don’t commonly bake X-shaped cookies and rarely use figs, this looked like a fun project. I made them a few times, but they were a bit too much work and I wasn’t crazy about the dough’s flavor and texture.  But through these many years, that fig-chocolate-cinnamon filling has been floating on the surface of my sea of baking memories.  And the fig sample at the food blogger conference caused it to leap out of the water.

As I dove back into the X file, I wanted to simplify the recipe and maintain the complexity of the filling.  Jam bars were my first idea because of their flexibility — it’s straightforward to replace the fruit jam with another filling. My first attempts with an oat-based crust were so-so, with the roughness of the oats being a distraction (Date and Raisin Squares from Everybody Likes Sandwiches).  The next attempt — a crust based on a tasty jam bars recipe from Cooking with Amy — was closer to my target. This dough is a basic flour-sugar-butter mixture and its simplicity is a better match for the complex filling.  And so my X file journey ends up with Sicilian-inspired filling and straightforward crust combining to make an out of the ordinary fig bar. 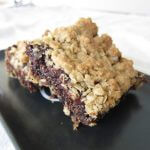 Fig bars based on a classic Sicilian cookie:  a buttery crust wraps a filling of figs, chocolate, cinnamon, almonds and dark rum.

Making the Crust and Baking

You can also make the dough in a food processor:  Place the flour, sugar, baking powder, and salt in the bowl of a food processor.  Pulse a few times to mix the dry ingredients. Cut the butter into pieces, and add to the bowl.  Pulse until you have coarse crumbs.  Add the egg, and pulse until the dough comes together.

It might make sense to first make the dough in the processor, wipe it out with a paper towel, then make the filling -- one less bowl!

The filling is adapted from the "X Cookies" recipe by Nick Maglieri in Baking with Julia, by Dorie Greenspan and Julia Child (William Morrow and Company, 1996). The crust is adapted from a Jam Bar recipe by Amy Sherman at Cooking with Amy.