Clafoutis, a Showcase for Summer Fruit 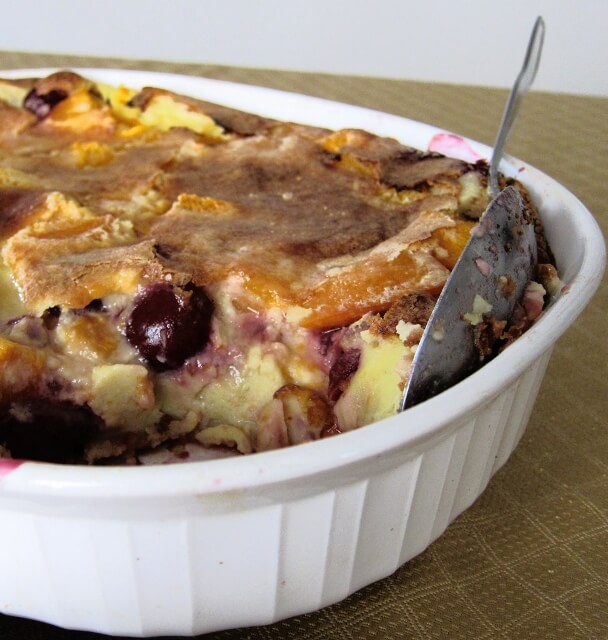 A lot of cooking magazines go onto the shelf or into the recycling bin never to appear again. But the May/June 1998 Saveur has been a phenomenal exception. Two of the recipes have become mainstays in my kitchen. The first, a large savory pie with olive-oil crust and a filling of chard, potato and feta cheese is a year-round favorite. But the other one, clafoutis, makes a brief appearance during the short overlap of cherry and apricot season in California.

Clafoutis is essentially a very thick vanilla custard studded with fruit and baked in a hot oven so that a golden crust forms on the outside. The time in the oven softens and intensifies the fruit’s flavors and probably promotes some carmelization. The Saveur recipe uses only cherries as the fruit, but since I’m a big fan of fresh apricots and so I use half cherry, half apricot.An aside about apricots: They are not the most popular fruit among farmers these days. Last year the San Francisco Chronicle ran a story about farmers ripping up apricot orchards in California: “California still produces 98 percent of all apricots commercially grown in the United States. Most of the crop comes from Stanislaus County, home of the Patterson variety….About 90 percent of California farmers who grew apricots 10 years ago have either yanked their trees or reduced their acreage.”

Back to the recipe. The Saveur article claims that the recipe dates from the 1860s. The name derives from the word clafir, which means “to fill” in a regional dialect. The term “fill” doesn’t refer to the form of the dessert–nothing is stuffed into anything else–but instead that the dessert is hearty and filling.

Before I present the recipe, a few factoids about apricots from The Oxford Companion to Food: 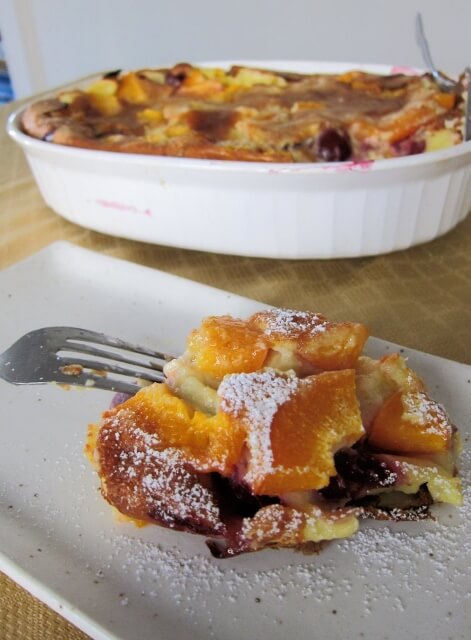 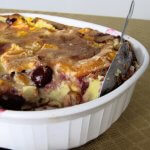 Try this dish with all cherries, another stone fruit (nectarines and peaches might be good), or prunes soaked overnight in Armagnac.

Adapted from "Not Cherry Pie," by Corinne Trang, Saveur, May/June 1998